My review of the RD-5R

I've had this radio for less than 24 hours as of this posting and will update my review as I spend more time working with this radio so keep that in mind. 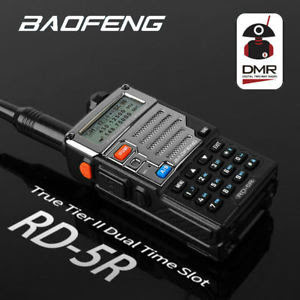 So I wasn't planning on getting the RD-5R but it showed up on an Amazon "lightening deal" for $56 the other day and I couldn't resist. I received this radio on July 12th and had it up and running and was able to check into a net the day I got it, with good audio reports. I'll run down a list of Pros and Cons first.

Let's go over the PROS first.
Most people buying this will already be familiar with Baofeng's 5R series of radios. On the outside this radio is identical to the UV-5R. The majority of UV-5R accessories, aside from the programming cable, will work with this radio.
The first digital radios that Baofeng released had some problems and repeater owners hated them because they were not Tier II and broadcast on both time slots at the same time. The RD-5R however is true Tier II and MOTOTRBO compatible.
This is also a dual band 2m 70cm and dual mode FM DMR radio. Like most Baofengs it is 1w on low power and 5w on high power. I haven't personally tested the output but other reviews I've seen say it holds true.
It is a simple display that is a little bit wider than the GD-77 display and can hold a few more characters.
The antenna that comes with the RD-5R is a little nicer than the rubber duck antennas usually shipped with Baofeng radios. It resembles the aftermarket antennas I've purchased for most of my other HTs.
Lastly, and for me at least, most important, it's cheap! Regular price around $74. I picked mine up on a lightening deal for $56! I paid $10 more than that for my BF-F8HP that only does analog. At that price point it's hard to fault this radio, however for a complete review I'll list the things I don't like or find lacking in this radio.

On to the radio's CONS, just remember the price point when considering this radio.
This radio feels about the same as other Baofengs. It's pretty light and plastic feeling, not very solid. However from my experience these radios still hold up pretty well to normal use.
The buttons feel a little cheap and the main keypad is recessed a little lower than the rest of the front of the radio. They do have a nice click but they're a little small.
One thing the higher end radios have that the RD-5R is missing is the ability to display name or callsign instead of just radio ID. As far as I can tell there's no way to store anything other than your standard digital contacts and talk groups. That's to be expected at this price I suppose. Even the GD-77 is limited to 10,000 contacts. The DMR database is now well past 100,000 users by the way.
Another thing I miss from my other radios is that there aren't as many buttons on this radio. You can easily assign the buttons to do what you want but you're pretty much limited to SK1 and SK2. I find myself having to go into the menu for more things than I would on other radios.
The analog squelch is problematic unless talking to another Baofeng radio.

Now that I've gone over the major points of this radio I'll share other observations.

The CPS is pretty straight forward. It's nearly identical to the GD-77 CPS. Many people complain about the lack of available code plugs but I think we should be building our own code plugs anyway. I immediately updated to latest firmware and CPS without any issue.

Update: The latest firmware update has fixed the analog squelch tail problem. Several people have commented about the analog squelch being louder and more annoying than other radios.  I've learned that Baofeng radios have a built in tone squelch that only works between radios. When using analog with a non Baofeng radio the RD-5R does have a bad squelch tail. I imagine this will be a problem with repeaters that don't transmit a tone as well.

If your looking for the cheapest way to get into DMR this is it. The biggest downside is the lack of the user ID database but if you plan on using a hotspot with a display or pistar dashboard that won't be as much of an issue. The sound quality and functionality of this radio isn't bad at all, especially when you factor in the price. If you're not sure about digital or just want an extra radio that doesn't cost a fortune I highly recommend the RD-5R.

That's all I've got for now. Check back after I've spent some more time with this radio and I'll have more to share about it. For now it's working great and a welcome addition to my gear.
baofeng digital radio dmr dual band handheld radioditty 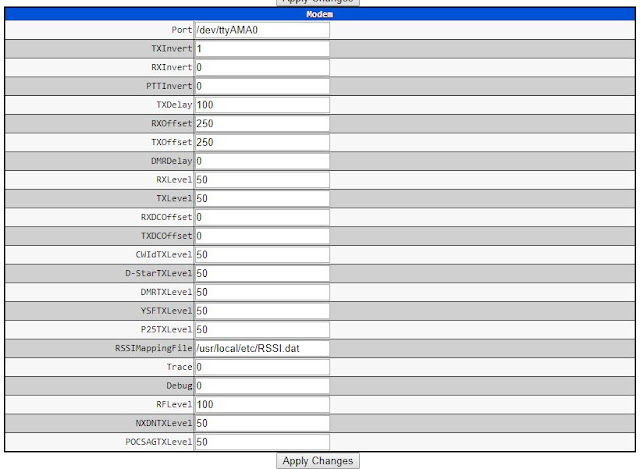 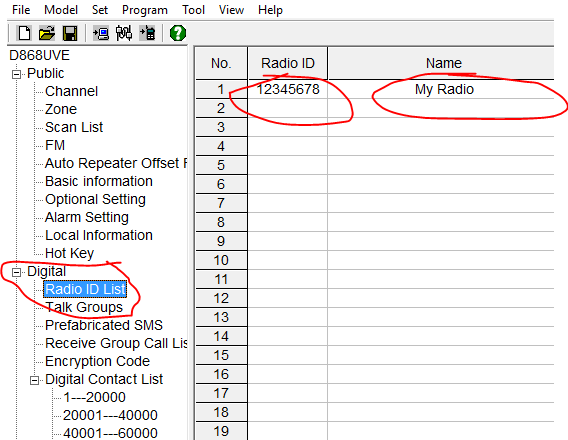 How to Build a Code Plug

For those that are new to DMR hopefully this will help you get on air. You may have heard the term CPS, basically it's the software we use to program the radios. The files created are called "Code Plugs". You may be able to find code plugs created by someone else for your radio that have what you want mostly included however, I find it much more rewarding to write my own. You'll also get a better understanding of how these radios work by writing your own code plug. There are several parts that all have to be setup properly for everything to work the way you want it. I'll go through setting up a code plug with the Anytone AT-D868UV and show you how to do it with the  Radioddity GD-77 too. These instructions should work well for other DMR radios as well so lets get started. These are the steps I use, in order. Basic Settings Create Contacts Create Receive Groups Create Scan Lists Create Channels Create Zones The order is pretty important but don